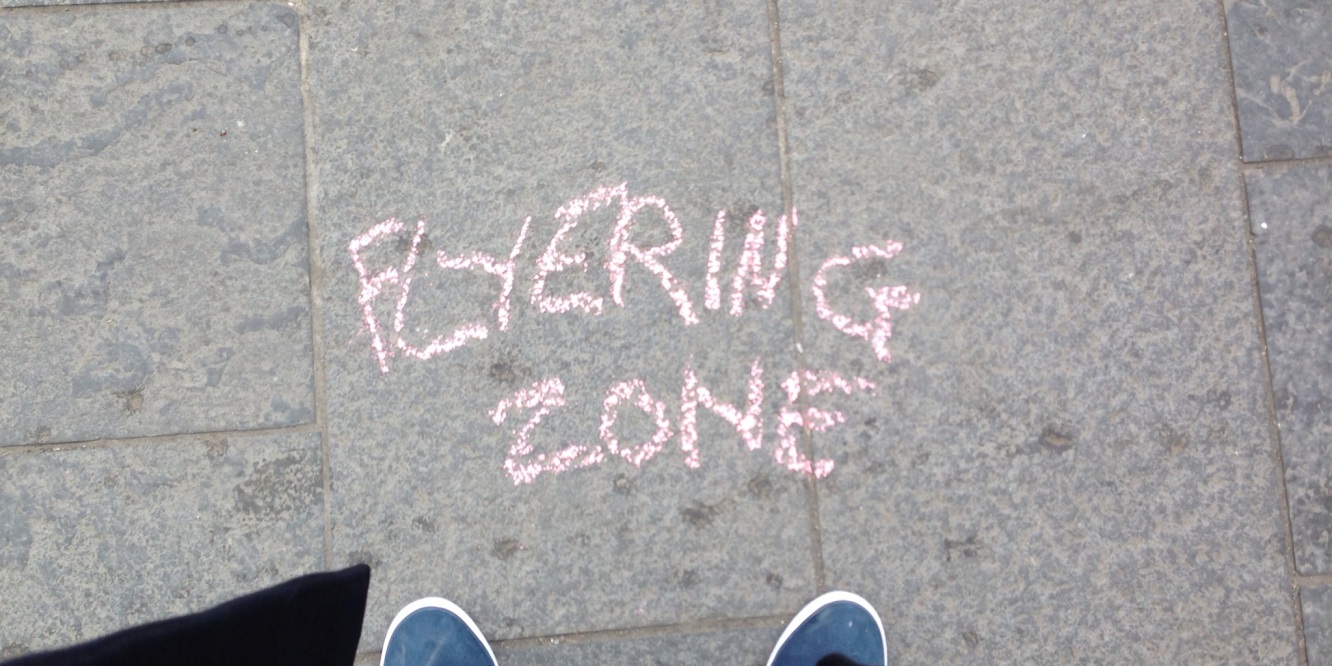 I’ve fallen behind on my promise of one blog a day. I didn’t have time to write my tales of flyering and exhaustion. Now they are lost forever. Ah well. 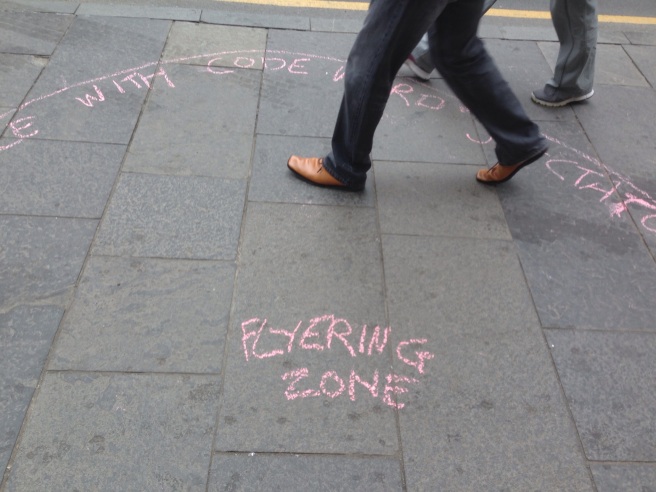 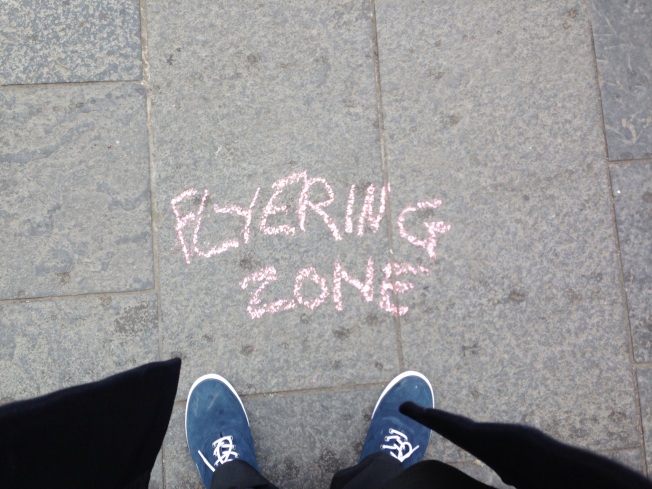 FLYERING
I had one fun day of flyering. I drew a chalk circle around myself and designated it the “flyering zone”. I had to stay within that zone, handing out flyers to whoever was in range until the rain came and washed away the occult leaflet distribution area, releasing me.

You have to try and make it fun for yourself, don’t you?

FOOD
I’ve had a chicken burger and a cheeseburger from the Pleasance Courtyard. And half of one this morning from Snax Cafe. (I believe that brings the burger count up to 4 1/2?)

In one day I wandered passed David O Doherty, Josie Long and Dylan Moran (Dylan Moran is a huge man. A giant. I had no idea). I’ve also loitered near Paul Merton, Arthur Smith

MY SHOW
I justI’ve had a really nice couple of shows in the past two days. An American couple in the Thursday’s show were like that continent’s version of Me and Kerry. I wish we’d become pen pals. I had another gig with one guy sat at the front who got every single reference and said very nice things at the end. I think the show was written for him. The bit about Shoegazing bands certainly was.

CHARITY CHUCKLE
The last Charity Chuckle was yesterday. We had a Stella line up of Seann Walsh, Romesh Ranganathan, Joel Dommett, Joe Wells and er… Me.

I had fun doing my ten minute spot by asking a chap in the front row called Chris, or “Cress” as they say up here, to pick bits of my show set list. Any jokes that didn’t work were therefore his fault. 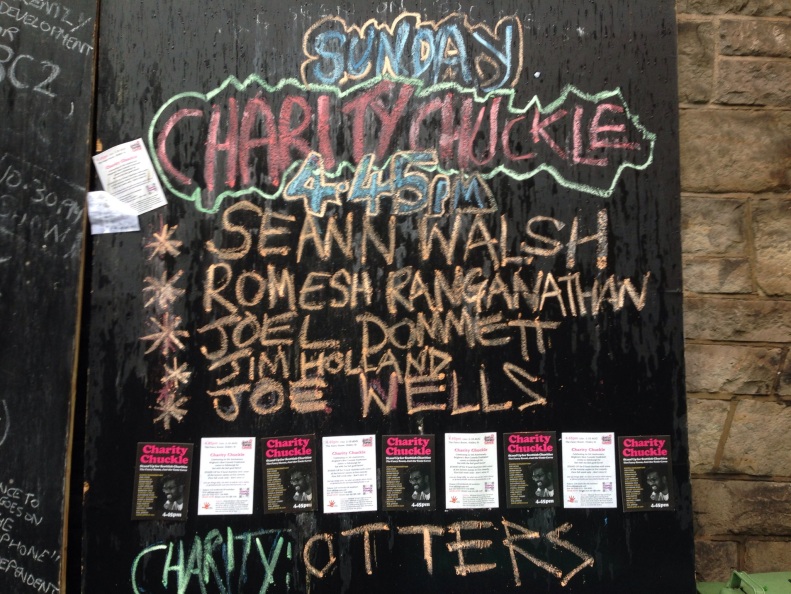 OTHER SHOWS
We’ve finally got round to seeing other shows since Chuckle finished. Last night we saw Breaking Gadd and Choose Your Own Comedy Adventure. This afternoon we saw Herbert.

Tomorrow is the mid-run day off. We’re half way there! Seeing Kitson tonight. Tomorrow is our annual visit to the Michelin-starred Kitchin in Leith. Then seeing Ivo Graham and Nick Helm in the evening