I am really looking forward to this… 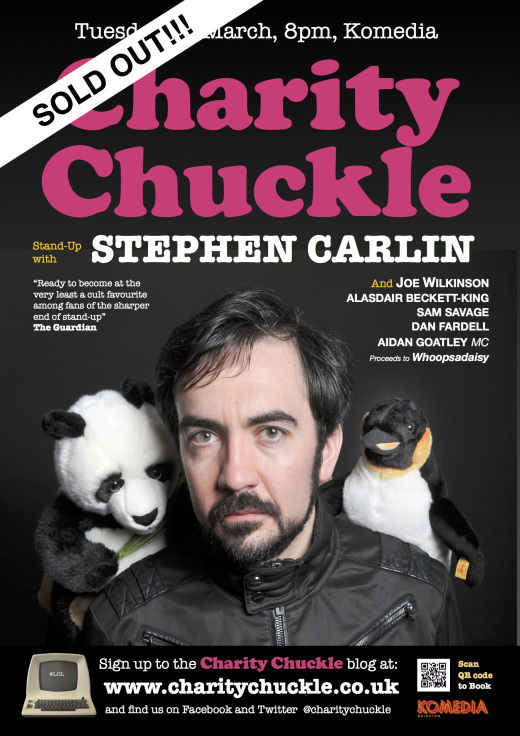 Hello! What would you like on a Friday afternoon? A bit of Stewart Lee news? A bit of Nick Helm? A clip or two of Stephen Carlin cos if you haven’t got a ticket yet I’m afraid that boat’s sailed out (BOOM!).

And if you’re out drinking tonight:

Thank you to everyone who has signed up to this blog. I know we’re a bit random with it, but here’s the news: Stewart Lee, probably the best comedian in the world – though currently only 18th best above Russell Kane but below Russell Howard – is coming to Charity Chuckle in July.  We’re really enjoying his Comedy Vehicle Series 3 on BBC2 on a Saturday night. Especially the Shilbottle episode. My friend, who hasn’t laughed since Lee and Herring way back in the 50s, found it so amusing that she repeated Shilbottle 10 times and now she’s a comedian.